Strike! Our House is on Fire! 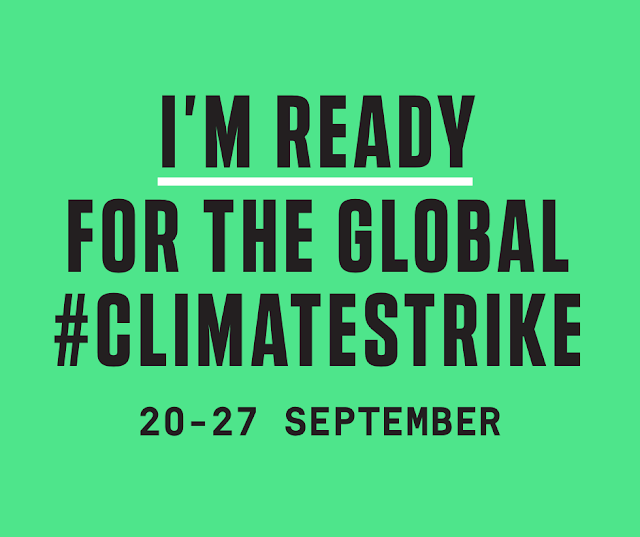 There will be no Friday Studio Blog this week as I will be striking and marching today in Edinburgh. #Fridaysforfuture #Climatestrike. Find a march or rally and join in!

I am proud of my union! The Scottish Artists Union members unanimously passed the following motion:


This Union notes that Greta Thunberg and leading youth strikers for climate action from across the world have called for all adults to join a global general strike on 20th September 2019.

This Union believes all artists should stand in solidarity with those already affected by climate change and with future generations and the young people who are walking out of our schools, striking and encouraging everyone to join them to ring the alarm for the climate emergency, because our governments have failed to take sufficient action to mitigate this unprecedented crisis.

This Union resolves to join the action and call on all fellow unions, organisations, and workers to join the strike to demand governments and corporations take immediate and decisive action to tackle the climate crisis.

Update: 4 MILLION people marched. Next time let's make it 8 Million! We must change the system of corporate greed and consumption. Take to the streets, vote with our money. Every day we make choices that have an impact, every day we can take action. Progress, not perfection- it's not always easy but it is possible.

Until next week, keep fighting!
Posted by Megan Chapman at 11:30 PM

Megan Chapman
An abstract painter for over the past twenty years, my work is an intuitive, visual diary of my interior language. The foundation of my work is in the balancing of shape and line with color, texture, and atmosphere. I enjoy creating meditative places to get lost in, as well as dynamic spaces to explore relationships — such as how we dance between our inner and outer selves and each other. My work uses color to explore our connection to the world as we navigate the push and pull of life. My paintings are in collections throughout the United States, Europe, Canada, and Australia. I was born and raised in Fayetteville Arkansas, earned a BFA with honors in painting from the University of Oregon, and currently live and work in Edinburgh, Scotland.